Hey everyone, I am Kevin. I am an engineer by profession and this story involves an ex-colleague of mine, Debbie. Debbie was a young, newly-married girl when she joined the office. She had a toned body with eye-soothing boobs and ass. She was totally worth checking out and the story is about our extra marital affair and sex session. As we were in the same team and I was her senior, she came to me every now and then for queries. Soon, we started hanging out post office also. Initially, I thought she was happy with her married life and husband but I was wrong. She told me how her husband doesn’t give her time and constantly blames her for everything wrong that happens in his life.

As a good colleague and friend, I consoled her from time to time, giving her hopes that things will be fine. With passing time, our friendship was getting stronger and we started taking care of each other. But it all got heated up on our team outing. As I was having a couple of beers with my male colleagues, Debbie came and asked me to come for a moment. She told me that she was feeling low and want to booze but not in front of other colleagues. So we decided to leave the place early and go to her place as her husband is out of town. On our way to her home, we grabbed a few bottles of beers. Debbie opened one in the car itself and by the time we reached her place, she was half drunk.

As we entered her home, she asked me to make myself comfortable on the sofa as she is going to change. After a while, she came out in a black t-shirt and blue shorts. She was looking hot and the sight in front of my eyes was making me horny. Debbie came and sat next to me. I asked her for a glass of water and she went inside the kitchen to bring some. Then we started having a light chat which gradually turned towards her husband’s negligence towards her. I consoled her and she hugged me tight as a gesture of saying thank you.

Then, she lied down on the bed with her legs spread wide and invited me towards her. I sat down and started eating her pussy to which she kept on wriggling. I did slow as I wanted her to orgasm. I licked every inch of her vagina and started sucking it. She pushed my head inside when she had her first orgasm. Then, she asked me to fuck. I took out a condom from my pocket and pulled it down my dick. I pulled her a little closer to me and inserted my cock inside her in missionary position. Debbie was a fan of hardcore sex so I made it that way for her by constantly pulling her hair and fucking her hard. Before I could reach my climax, again I stopped and pulled the condom back. 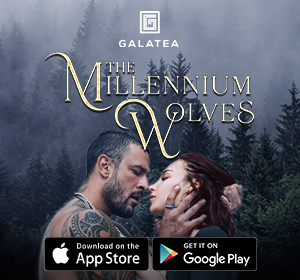